By admin on 19th November 2018 in Fundraising, Group News 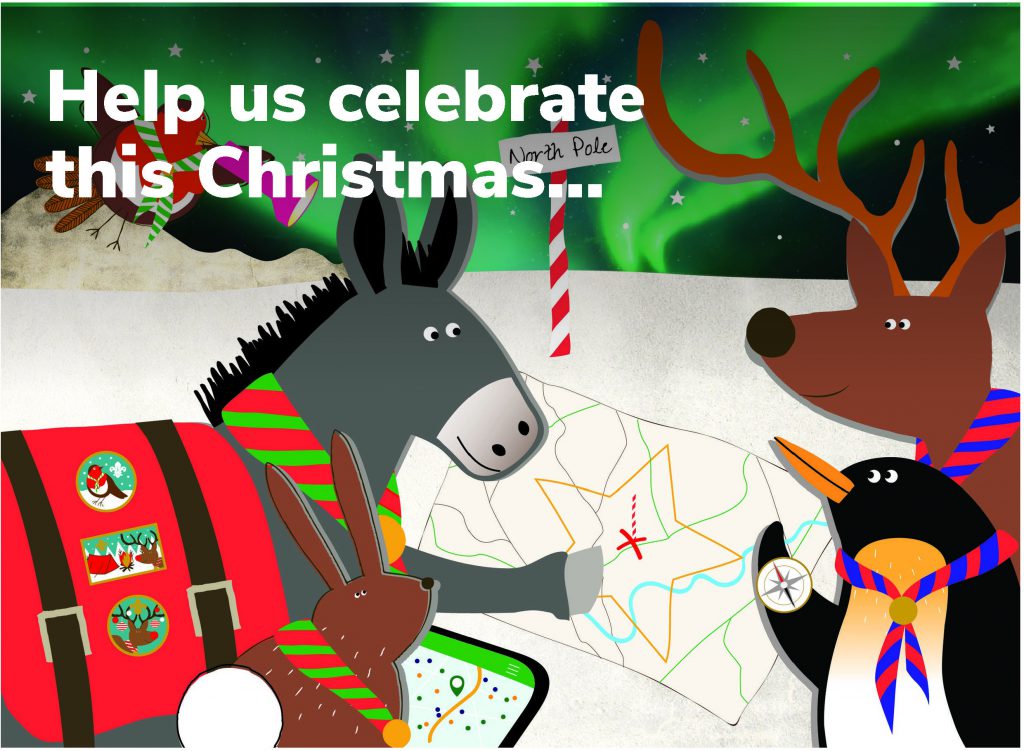 Here is a list of prizes (so far) for the Christmas Raffle to be held on Monday 17th December:

and more to come

Believe it or not, you don’t have to work with children to be a volunteer for Scouting.

We need someone to help with the planning and administration. Things like organising trips and outings, making telephone calls and

keeping records of who has what badges. It’s a vital job that means

the adults working in Cubs have more time to spend at what they do best: working with the children.

Can you organise fundraising events that inspire the whole family?

Could you help us to organise four small events a year? We need you to help our fundraising team to stage fun and family friendly events that can raise funds for our Group. Every penny we raise is used to support children, so whether it’s bingo or a barn dance the choice is yours!

Yes, we want someone to boil water.

Boil water? Well yes in a tent, a mess tent. And yes, at a campsite

and probably in the rain. We want you to boil water to cook the spaghetti, that goes with the Bolognese sauce you made, on the camp stove you are now boiling the water on!

Camp cooking is a great laugh, good fun and really is as simple as boiling water.

Building dens is a real treat when you are nine, and even more fun when you are an adult! We need you to come along to Beavers, Cubs or Scouts and support our young people.

Not just build dens, but help do map work, craft, walking, hiking and even make stuff from bits of wood (we call that pioneering.) What we need is an extra pair of hands to help the leaders provide these fantastic activities.

Beavers are aged 6-8, and are the first rung on the Scouting ladder

Their motto is ‘Fun and Friends’ and Beaver Leaders help them achieve that through facilitating a wide range of activities leading to the Chief Scout’s Bronze Award. Other than a sense of fun, no special skills are required, but many skills which you have will undoubtedly be transferable. Much can be gained through exchanging ideas with other leaders. A great part of helping Beavers is that they are very receptive to new ideas.

Our Scouts had an absolutely brilliant fun filled weekend at our first Wintercamp at Hawkhirst on the 5-7th January 2017. 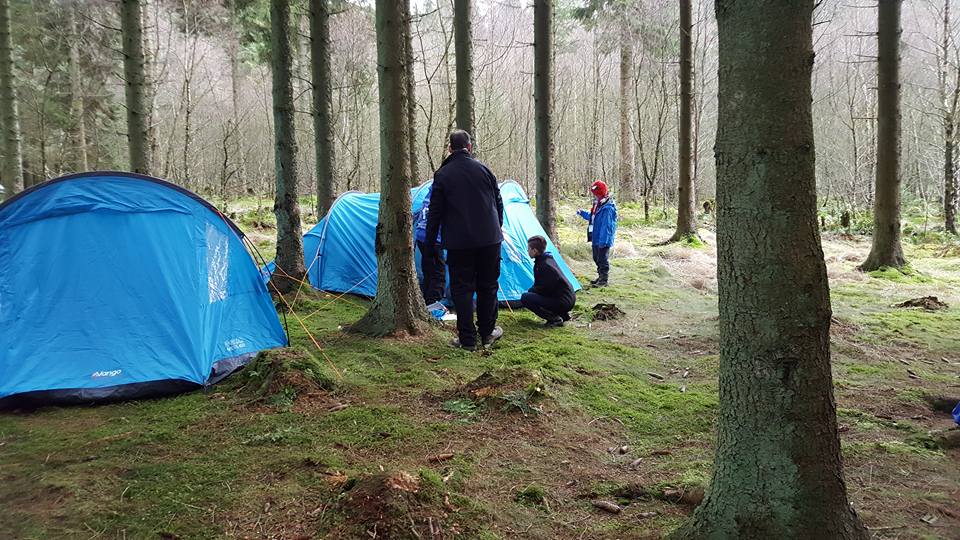 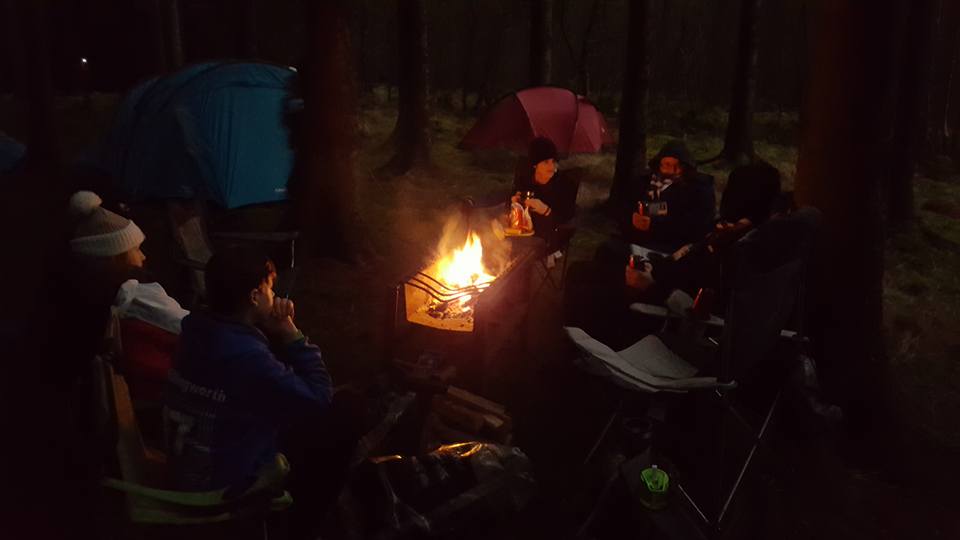 On Saturday 21st May 3rd Killingworth Scout Group joined hundreds of other young people from Scouting, Girl Guiding and a range of other uniformed organisations at Beamish Museum’s Flag and Empire Day. All attendees thoroughly enjoyed learning about the history of the North East with live demonstrations and hands on activities. It was spectacular to see so many young people involved and the parade was fantastic! 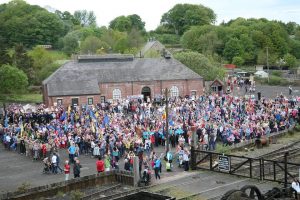 Nearly 50 members of 1st and 3rd Killingworth had a fantastic long weekend at Wild West Marra from Friday 27th to Monday 30th May 2016! They joined about 2000 young people from Scouting and Girl Guides in and around Northumberland. They had the opportunity to rock climb, do laser tag, try archery, complete Wild West related crafts, go zorbing and do a free fall activity…to name just a few activities. They also had great entertainment in the evenings (including the Cubs100 birthday evening). The best bit was the UV party! Some of our young people also broadcasted live on Scout Radio.

Look at the scale of the camp – photo courtesy of the Wild West Marra team. 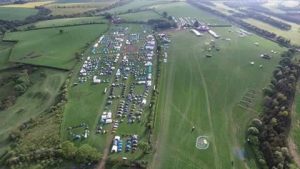 On the night of our Annual General Meeting the Cubs held their thank you party for Cubs 100. They all worked hard to sort out the party food; they even made their own puff pastry pizza bites that went down a treat! The first group photos since our growth in numbers were also taken during the party. The photos were followed by Cubs related activities and a slideshow of 3rd Killingworth Scout Group over the past year. Happy 100th Birthday Cubs!

The activities completed by the Cubs in the summer term were really varied. They completed activities ranging from problem solving tasks to home help; and pioneering to dementia awareness. All activities culminated in over 50 badges being awarded. As a result of our growth in numbers we were also delighted to create another six – meaning Cubs now have four sixes. The term ended with our annual group beach night (with fish and chips, and sandcastle building) and family night (with a picnic and a variety of wide games). The next academic year looks to be filled with just as many exciting events and activities, nearly 50% of the year will be held away from our usual meeting place.

The Cubs had a great weekend away at Ford Scout Camp from 30th September to 2nd October. 7 of them have now done enough to get their Chief Scout Silver Award in November! They all got involved in pitching (in the pitch black) and striking our new group tents, fire lighting, shelter building, making mini pioneering projects, helping prepare meals and doing their own washing and drying up. We are all looking forwards to our next night away in January. 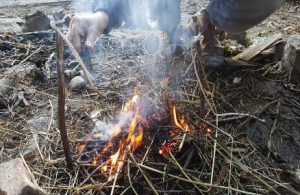 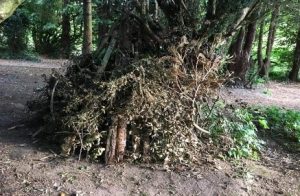 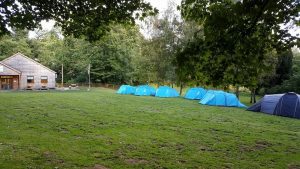 A fantastic evening was had by all Cubs on Monday 3rd October 2016 with the Farm to Fork (explore the store) trail at Tesco, Kingston Park. They all really enjoyed exploring behind the scenes in a big supermarket. Their favourite bits were going in the freezer and getting to try some food (especially the cookies)! They also had the chance to look around the bakery, go in the chiller, find out about the origin of different fruit and veg, and learn about different cheeses. 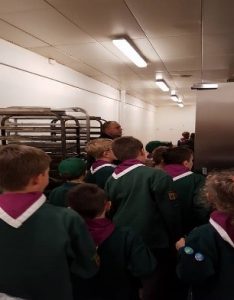 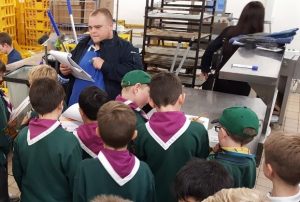 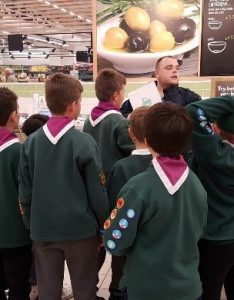 3rd Killingworth Scout Group will be out and about at a few different fundraising events over the next few weeks.  Please come along and support us. 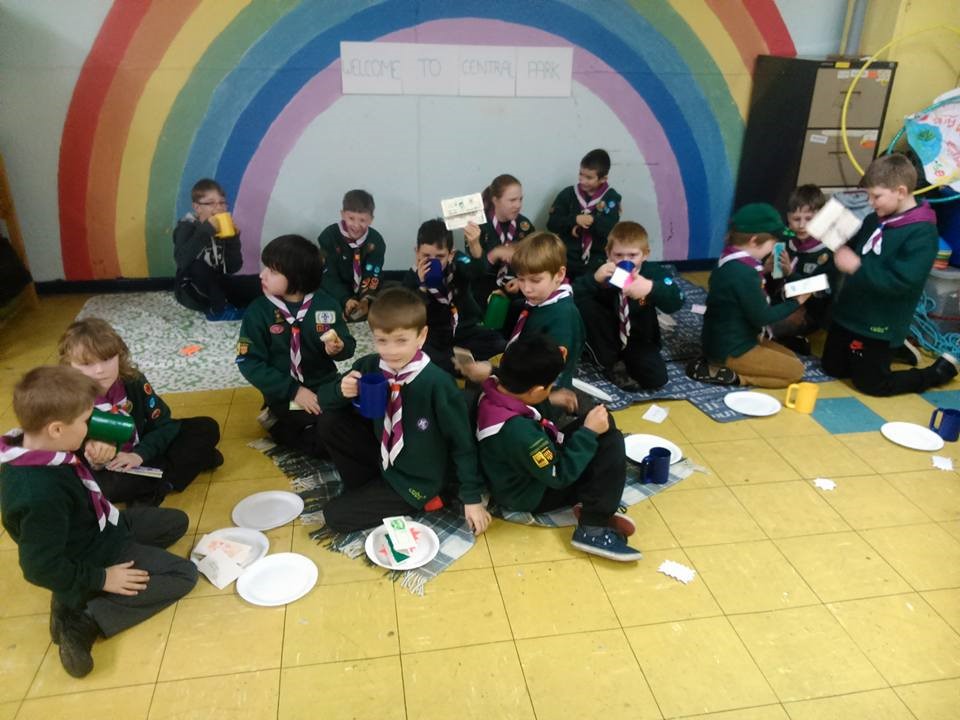 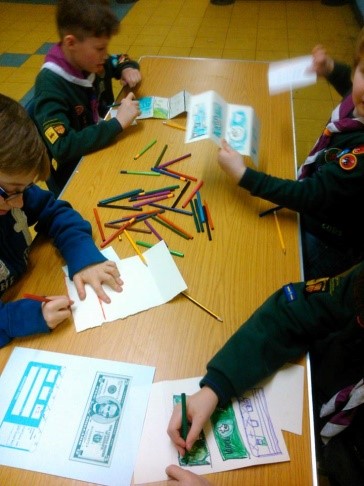 At the start of the new term, the Cubs had a discussion and chose a country to learn about with the view of going on a pretend trip to their chosen country. They chose America and more specifically New York. Since choosing New York, the Cubs have been preparing everything you could need to take a trip abroad. Whilst doing this, the Cubs have made ID Cards, Boarding Passes, Dollars, learnt about Scouting in the USA, attempted to play a game from the USA and learnt about different foods from the USA.

Whilst completing all these different activities, the cubs have also managed to complete most of the requirements for the Our World Challenge Badge, as well as some of the requirements for the Artist, Global Issues, Team Work and Skills badges. This all means that the Cubs are well on their ways to achieving their Chief Scout Silver Award – the highest award available for Cubs.